Energy Audit: How Do You Manage Under Pressure? 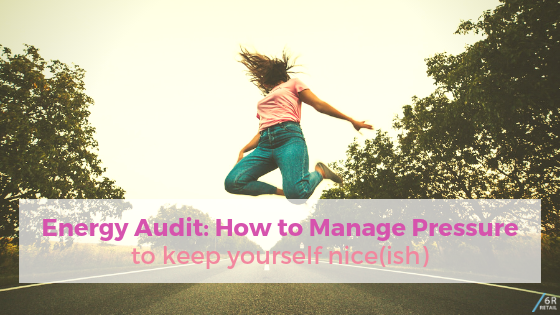 In this article Tony Schwartz shares some alarming numbers he sees when conducting his 'energy audit' with groups of senior managers and leaders: 77% said they had trouble focusing on one thing at a time. 80% said they take too little time to think strategically and creatively, and spend too much of their time reacting to immediate demands rather than focusing on activities with long-term value and higher leverage. 54% said they often feel impatient, frustrated or irritable at work, especially when demand gets high, How effective can people possibly be when our energy is so compromised? Which is to say nothing of the distraction, impatience and irritability that we can end up taking home with us to the ones we love the most! Maintaining energy is not something that only senior mangers need to focus on, it's relevant for all of us. This article reminded me of an energy exercise I did too. "Energy is like a bank account" said Nikki Fogden-Moore, "think of the things that you do and the people that you’re with as either making deposits or withdrawals in that account." I am writing down, in two columns as instructed, the things that renew my energy in column one and the things that deplete it in the other column. As I’m finishing this exercise I can almost feel the light bulb go off over my head. I can choose to manage some of the additional pressures when I’m under work pressure to keep the pressure cooker from exploding and leaving a mess on the walls by just making some small adjustments that will keep my energy levels in a better place. It was a great exercise and I highly recommend that you give it a go, it's really a head space that you need to get into to really think about what renews and what depletes.  Here are some simple guides that I’ve developed over years of project delivery to keep myself nice(ish) when the delivery tunnel hits. Reduce the stress by reducing contact (where possible) with people and situations that are a stretch. This doesn’t mean I get to opt-out of project delivery or stop working with people who I find difficult, dysfunctional or not as diligent and competent as hoped. That must continue to get the project finalised and over the line with everyone in the best possible state. It means that channelling what I have into the project delivery and family is all there is. Almost everything else must pause; therefore reducing pressure in areas of my life I can control. Opting out of some of the more discretionary social engagements, and opting in to things that create good sleep and help me to maintain my health (both mental and physical). I will catch up with those people after the project pressure has passed. Getting each day off to a good start has been a continuous improvement project for years! I’ve varied my morning routines over the years and often get fed up with it and change it about. The fact that the guy who owns the café where I’m sitting just greeted me with ‘it’s like groundhog day’ means that others note there’s a routine. Habits and routines reduce decision making, which means some tasks like exercise and what to eat for breakfast go onto auto-pilot. If I don’t have to decide it makes it easier. We’ve been talking about good habits this quarter (internally) and the 6R team are all committed to morning exercise and getting moving. Some of us are more committed to caffeination than others though, but we all try to... Find ways to create little mental breaks in the day. Building in small sanity breaks also makes the day easier and keeps us as a team, in better mental health (even just a walk to move the car). It gets the body moving and gets us out from behind the screens to just take a little break. I’ve also, this year, adopted a small break approach to holidays. This was not the exact plan, but when I  found that a ten-day break was just not workable, we made the best of five days and found that it was more than enough! Doing something different from the regular routine meant I returned feeling refreshed with new energy. Not to say that there isn't more to go on the development side - no one is ever done on the improvements but these small and practical things have helped me get through energy slumps.

Decision Making is Easy (when you ask the right questions) 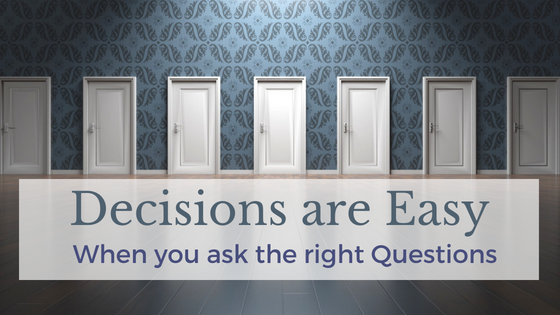 "In good decision making, frugality matters," says Malcolm Gladwell;taking complex problems, and reducing them to the key levers that help us choose is a critical skill. Getting to the heart of the decision, however, isn’t always so easy! I was recently reminded of this; a project team spent weeks designing, dreaming and negotiating what could be achieved with their new website design. There was a list of requirements that was like an out of control Christmas list, and everyone was very excited at the idea of something new that would improve the customer experience. But one thing had been forgotten. Just a small matter of how much they had to spend. We’ve all been there, beer budget but champagne taste (I do it all the time). So, in the end, the decision was easy and the constraint of having to work within the budget helped them decide. Constraints help the decision making process I  noticed a similar pattern years ago whilst waitressing. When customers came into the restaurant, if there were no bookings, it didn’t matter where they sat. Gesture to the restaurant's ‘sit anywhere you like’ would result in much debate back and forth.  They would often choose one table only to move to another and then another. Whereas, if I gestured to a specific table and said, "would you like to sit here?" customers would either accept the offer or ask to be seated at another table. It’s that old chestnut about cognitive load. If the decision is made for you, it is either accepted or not, but being forced to make an active choice and decide for yourself from the whole restaurant is much harder. The project team were constrained by the limitations of what they had to spend. How much time and effort could they have saved by getting this basic building block in place before the requirements even got underway? The decision could have been made a lot earlier in the project. Finalising the budget and the business case before the project starts helps make the decision process smoother because it’s obvious to everyone the boundaries we’re working within. As soon as we were able to articulate the right question(s) the decision was easily made. Projects are all about working with constraints. Usually, there’s limited budget, time and people.  Clearly articulating the constraints that are going to drive a decision early in the process, can save a lot of time and energy and reduce frustration and disappointment all around. Why does restricting options help us to get on with good decision making? There has been a lot written on the topic of 'choice' and I particularly like the advice of Sheena Iyengar, who highlights 4 ways to help with decision making: (Read more)

While time is a finite resource, energy is infinite, although it may not always feel that way. That is because it doesn't just happen by itself, you have to establish rituals to build energy. Individuals and businesses that understand this succeed and as a result both the individual and the business grows.   Managing energy in the build-up (or countdown) to live might be one of the most mentally and physically challenging parts of a project. Energy has, in this last week, been in short supply, it’s been a week that has challenged even the most match fit of us.   When times get challenging some of the most successful techniques I have used to keep energy positive, are to keep to the routines and habits that I rely on to keep my physical health in a good place, and to create the space that allows me to step back from the chaos of getting sucked into the task level detail to think. (Read more) 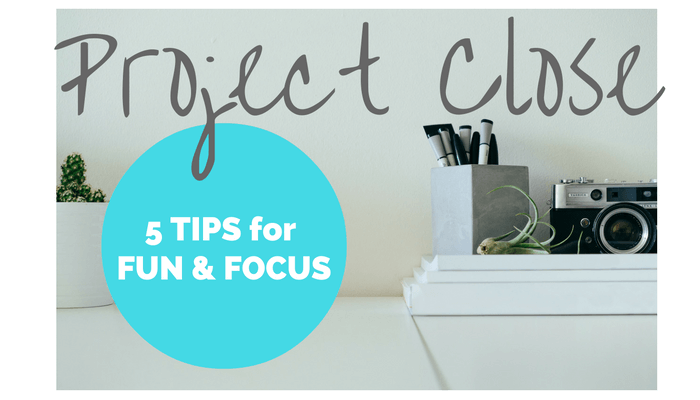 Whilst on a practice hike preparing for a trip to the Kokoda track earlier this year; I overheard one of the teens on the hike, who had done that particular track before, relate that the last kilometre of our day would be the longest, there was a collective sigh of agreement. So too, it can be with the close of a project, it can feel like the longest part of the journey. There is plenty of good advice on how to face the fear of finishing and close your personal projects... but, what’s the best way to close out a project for a client, leaving it in a good state? Improving my own focus in this area has been the 'sub project' (read personal goal) of the last month or so. (Read more)

How to be truly focused and present… lessons from the wild

Before opening email or responding to texts and other messages I am enjoying the internal peace that comes from having just focused for the last 10 days on whatever was the ‘next thing.’ As I woke up this morning in my comfortable bed, with my comfortable husband after many nights of less comfortable sleeping conditions, I could feel my mind starting to move back towards the list making mode that is so much of my daily life, and I marvel at the contrast of the Kokoda experience. There have been no lists. I have had no contact with the outside world, just the people I was walking with and the news of the track. (Read more)